Ready to pay for health care? 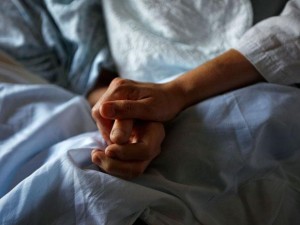 David Milman ran a successful business as a professional engineer for years before making a rather unusual career move. Four years ago, he bought the rights to a Toronto franchise of Senior Homecare by Angels, a U.S.-based in-home care provider.

Mr. Milman was motivated to give something back by helping seniors who require support and daily care services in their homes after surviving cancer and seeing most of his family suffer from it.

“All my life I was a businessman. It came to a point where I could afford to give up my (previous) business … and decided to go into homecare. It works for me and I’m happy to help people.”

Mr. Milman is in a rapidly growing industry. Private health care and homecare service operators are in high demand from an aging population. Business is booming and expected to grow even more in the next decade.

“The Canadian market is growing and will grow by another 25% at least over the next 10 years,” says Peter Thompson, a franchise consultant with Plutus Consulting Group.

There are already between 18,000 and 19,000 franchised private health firms in the United States — a mature, saturated market, according to Mr. Thompson– but the Canadian market is still in its infancy.

That has companies south of the border looking to take advantage of the growing demand in and lack of well-established competition in the market. “The Americans are looking at the Canadian market and licking their chops,” Mr. Thompson says. “It is a growing potential marketplace here.”

It recently announced plans to begin its U.S. expansion with three initial franchises in Washington State, followed by about 30 more in that state within the next year.

“We’re approaching our American expansion just as we did our Canadian expansion — careful and methodical,” says Ken Sim, co-founder of Nurse Next Door, which has 37 franchise locations across Canada.

For the past two years, it has been ranked one of North America’s Top 10 franchise systems by U.S.-based Franchise Business Review, despite the noticeable fact it doesn’t actually have any U.S. franchises in place yet.

Mr. Thompson is skeptical about the chances of success for Canadian homecare firms heading south into a crowded market.

“Whether it’s right for Canadian companies to go into the U.S., I think I would question that at this time,” he says. “It’s an over-subscribed industry now in the States [and] very fragmented in terms of the numbers of players.”

When it comes to the delivery of private health care and in-home care services, the boundaries between Canada and the United States are disappearing as companies move into each other’s territory.

Lisa Wiseman, who founded Eldercare Home Health Inc. in Toronto, is contemplating expansion across Canada but not into the United States for now. Her business model and growth plans are quite different from those of Nurse Next Door.

She employs both registered nurses and personal support workers to care for her clients, mostly over the age of 80. But she doesn’t see franchising as the way to expand.

“We don’t think the tried-and-true franchise model is the best thing for health care, at least this kind,” Ms. Wiseman says.

“It’s a really an unusual skill set to find somebody with a the professional background of a nurse and also the wherewithal to run a successful business.”

Any expansion will be through a regional office instead of a franchised model she says. Her colleague with Eldercare Home Health, Malcolm Marcus, agrees demand will grow, but they have to increase awareness among Canadians about the vast array of options on the market.

“People are not used to the idea of purchasing health care,” he says.

It also takes a certain kind of individual who possesses the business acumen, health-care background and the right motivation to be successful in this industry, he adds.

Meanwhile, Mr. Milman, says competition is increasing. He competes with other private agencies, but also a growing number of individual personal support workers immigrating to Canada from overseas. He draws on a database of about 200 such workers, but many others are competing directly for his clients.

“There are a lot of people coming from offshore and all of them trying to be caregivers,” he says. “We’re competing against private people more than we are against any other agency.”

But the message he really wants to get out is that he is in the business to help older people in need, especially those suffering from cancer.

“There is a lot of demand, especially with the government short of funds now,” he says.